Native App Development. Is It Right For Your Business? 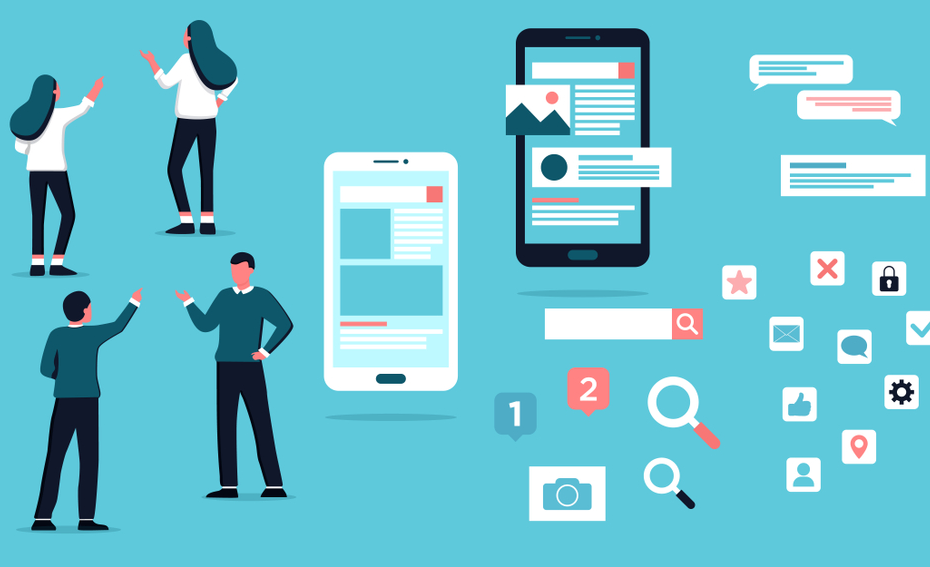 With the advancement in technology, everything can be achieved by just sitting in the comfort of your bedrooms.

The smartphones have literally brought the world at our fingertips. There are so many mobile apps (applications) which solve our day to day problems just like that.

All you have to do is to open them and search for your requirement. Your product will be delivered to your doorstep in no time at all.

There is an array of apps available on your smartphone; you have food apps for ordering food, social media apps for connecting to your family and friends sitting across the globe, e-commerce apps to buy apparel, shoes, etc.

Every native app developer wants to give its user the best experience on the app, in terms of UI (user interface), hassle free experience, easy to use, etc.

A couple of years back when the smartphone technology was in its inception, all the apps were designed generally, so that it could be used on any device, like phones, laptops, tablets.

But slowly when the developers realized the problems people faced while using the app, they started developing the apps with details, that is being specific to operating systems, devices, etc.

This helped in giving the users a better operating experience. These specific apps were named as Native apps.

What are Native Apps?

There are three types of apps available on any operating system platform, namely Web apps, Hybrid Apps, and Native Apps.

A native app is a software which is designed keeping in mind the platform or the device it is to be used on.

The programming of these apps is done in languages which the platform accepts. These are the most common type of apps we see on our phones.

These apps are the reason why many apps do not operate on other device platforms than its parent platform for which it was developed. The apple applications do not run on android and vice-versa.

Google and Apple both provide their app developers with their own platform specific tools. Because of this, the app provides optimized and enhanced performance to the user since it is developed in accordance with the guidelines and frame the company provides.

So, it leaves very little margin for error.

What is Native App Development?

Native apps are platform specific applications; they do not run on web browsers. These are to be downloaded from application stores of respective operating systems like Google play store if the OS is an android or Apple app store in the case of iPhones. After the installation, they are ready to use. They do not have any link to the web browser so there are no compatibility issues.

There are many benefits of Native apps in comparison to web apps and hybrid apps.

The main points it is mentioned below.

Native apps interact directly with the API (Application Programming Interface). They do not depend on any support from the plugins and browsers.

This empowers them to work faster and effectively as compared to web applications like chrome, internet explorer, Firefox, etc. They are designed for high-level performance.

Since these applications have to get the approval of their respective app stores, they are designed to keep the user’s privacy paramount, the users can be sure of the safety and security of the application.

Native apps are developed with the help of software development kits provided to the developers by the company; they have a consistent look at their user interface with their platform.

The UI matches the Operating system. This facilitates better user experience and easy handling of the app.

These apps can immediately upgrade with the latest features of the operating system. They do not need any plugins that support the latest updates, unlike the web applications.

Compliance with the App Store:

Because of the architecture of these apps, they are in accordance with the app store guidelines. Since they are developed to cater to particular operating system safety and security is also ensured.

Since these apps are custom-made for the platform which they operate on, the apps can access all the hardware and the software of the device like, camera, microphone, and GPS.

This provides faster execution of the commands and provides for great user experience.

Nothing in this world is perfect. So, if there are pros of the Native app, there sure are some cons too. Let’s have a look at some of the cons of this and weigh them, to get a clear picture of it.

The cost for the maintenance of the app and its continuous updating is high.

Since this app development needs certain resources, the developer or the company will always have to shell out some bucks to keep in the race, as the technology is updating at a very rapid pace.

Getting Approval from the App Store:

The process of getting the app approved by the app store can be a long process which the developer has to go through.

This might take some time and the developer has to adhere to the guidelines of the company in order to enlist his app in the app store.

So, this means the company has to hire an expert for the development of Native apps. Specific skills and resources are needed in their development.

Multiple code bases have to be developed, as different people can be using a different version of the app on different devices.

To cater to the needs of all the users, the developer must take into account all the possibilities in mind and then find a solution to this problem.

Nothing can compete with the high performance, responsiveness, and user experience of the native apps.

Any user today would want to experience a good, hassle free and easy to use the app. If a user does not get this, then there is no doubt that he/she will move on to other products as the market is full of options nowadays.

The native app gives the developer the freedom to make whatever he wants to, the developer can customize every aspect of the app according to his liking. This would also help to get a better user interface, which is appreciated by the users.

Is Native App Development Right for Your Business?

Now, we have weighed the pros and cons of Native apps. It is time to know if setting up a business of Native app the right choice. So, let’s have a look at this once before we conclude the question.

The world today is moving from generalists to specialists. We want to specialization in everything we do, so do the uses of smartphones and apps.

Since, these apps are high performance, sophisticated, latest in the technology; they are high in demand too.

Be it android or iOS, both are competing with each other for giving their users a better experience and worth for their money. Both are working towards achieving the best and giving the other a tough competition.

So, there is no doubt that Native apps are the future of app development technology.

In the times to come, every developer will only focus on making a native app as there are a number of benefits and the pros of it are much higher than any cons.

These apps are fast, high performance, low maintenance, and much superior in quality than web apps or hybrid apps.

All you have to do is to get the right people on the right job, get the resources required and you are all set for the venture. So go ahead and join the club before all other players join in, as this will give you time to settle and establish yourself in the market.

So, in the end, we can conclude that Native apps are the most needed app types at this point in time.

It’s every aspect matches the current industry and user requirements. Native apps are slowly replacing obsolete web apps as well as hybrid apps. And in the future Native apps will only be ruling the app market because of its precision and customized development.