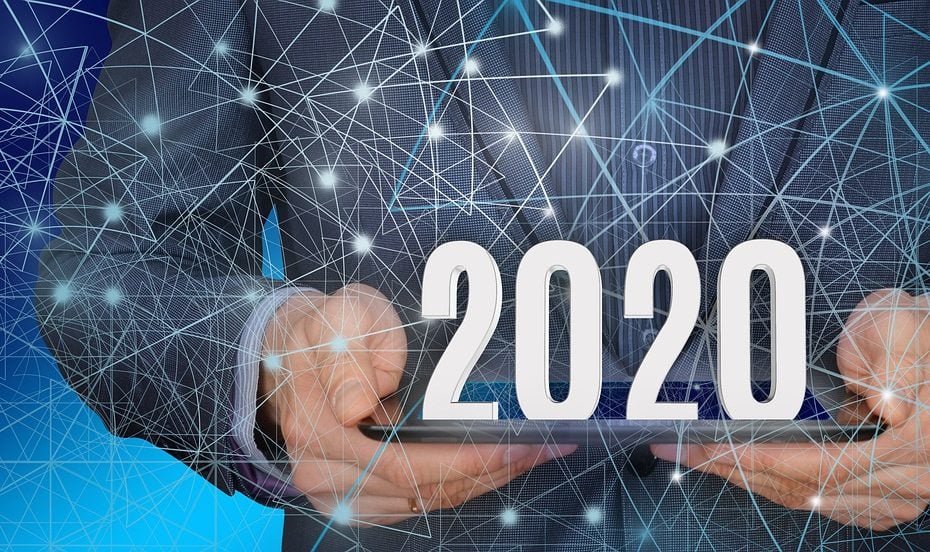 Just like geeks, common masses too are excited to learn about new trends and perhaps even try these technology trending things even more enthusiastically. So, let’s take a look at some important  trending technology in the year 2020.

Time and tide wait for none, so do technological advances do. Technologies these days are getting updated at such a fast pace that normal people like us don’t get sufficient time to get themselves updated with it. So, does that mean we won’t acquaint ourselves with the latest technology trends and take benefits from them with time?

So, let us start with by having a look over some sectors which are in Technology trends in –

Cyber security is one of the technology trending and hot topics for various organizations and businesses all across the globe, as with more increase in internet penetration results in risks of getting sensitive data leaked to hackers through various means such as ransom wares. WannaCry ransomware was one of the biggest and recent ones to do worldwide cyberattack by WannaCry ransomware crypto worm, which targeted computers running MS Windows operating systems by encrypting data and demanding ransom amount and close to 300,000 machines were targeted as its victims. Apart from this let’s not forget about other security threats like a data breach, phishing, botnet, computer worm, exploit kit, which require a brief and solid system of defense and in that cyber security comes in, hence cybersecurity is already trending technology.

Artificial Intelligence is about the simulation of human intelligence in machines that are programmed to make them think like humans and also behave like us. Well, this can be also attributed to machines as simple as voice command devices such as a simple computer or mobile-based games as well as complex machines which include advanced robotics. Apart from its rapid growth in 2019, AI is scheduled to grow more in 2020 with the rise in usage of cyber security and features like facial recognition which is been deployed in various sectors like retail, banking, and others in an effort to identify customers and detect frauds. Experts have predicted that AI system assistance will become more streamlined with time including the automation for customer service and other sales tasks. Needless to say, that real-time interaction with customers is already some the basic features we had been witnessing.

With the advent of age where we are surrounded by data everywhere. Here analytics plays an important part or perhaps it plays such a part where it helps in discovery, interpretation, and communication of meaningful patterns. Analytics helps us in using primarily raw or junk data into a highly useful one by segregating them into various divisions as sought, thereby helping us in crucial statistics for further decision making in terms of various uses like marketing or another policymaking. Career-wise analytics is again a booming option, as entrepreneurs in today’s time are highly making use of analytics with the easy access of Google Analytics tools to shape up their budding businesses and are going even further to hire someone who would help them by providing analytical insights.

Data Science is one of the trending technology. With the advent of big data, the need for its storage too grew. This was the main challenge for enterprise industries till a few years ago, but now the focus has shifted upon processing of these data and here data science comes to rescue. Data science can be said as the future of Artificial Intelligence. In the current scenario, large amounts of data are been captured, mined through various platforms and if we look at the ongoing trends, there will be around 80% of data that will be unstructured. Therefore, data science too is a hot emerging career option, as data scientists are those persons who connects the dots between the business world and data world. The process of data science consists of data munging, data mining and delivering actionable insights and a common tool to get these done are include Python, R, Tableau, and SQL.

AR can be another trending technology in 2020. Augmented reality is about creating a system in which the user won’t be able to tell the difference between the real world and the virtual augmentation of it. Right now, virtual augmentation is been used in the entertainment industry, military training, robotics, engineering design, manufacturing, and many other industries. Uses of augmented reality can be found in very simple things such as virtual face filters in various apps like Facebook or Snapchat, as well as games like Pokémon Go! AR is now used in the medical sector to its uses in application range from MRI equipment used to perform highly delicate surgery.

Virtual reality can be another top trending technology, as it is been widely used in architecture, sports, medicine, the arts, and entertainment sectors. In gaming, VR will be a playing major scope as India has for the next few years in India as the majority of the population is young and tech-savvy. VR comes as a helpful tool in the retail industry where today’s customer is very much keen to try the product before buying it, here VR plays an important role where a potential customer can experience the said product in VR, thereby boosting sales. In short, VR has given us more options to experience and made our lives simpler by providing immersive benefits to the user, a 360-degree view of products.

Automation is the use of electronics and computer-controlled devices to take control of processes and is already around us, but gear up for more of it in this year. Automation aims to boost up the efficiency and reliability of manufacturing as well as consumer services. Automation, in short, can be summed up as replacing manual operations with electronics and computer-controlled devices. Automation products cover a wide range and they can be classified as fixed automation, programmable and flexible automation.

5G is another hot trending technology topic in the year 2020, as with the launch of many smartphones that have 5G compatibility, thereby raising speculations about the launch of technology which is built on the successes of 4G. Worldwide 5G had been launched by over 40 plus telecom companies. Technology is very much critical to India’s ambition of Digital India; hence we hope the Department of Telecom (DoT) will auction 300Mhz in mid-band spectrum range for 5G soon. Further with the introduction of 5G service, we may expect that telecom companies to move beyond providing just connectivity services, to developing rich solutions and much more interactive services for customers.

The auto industry is set to witness a major change this year with the launch of electric cars. There are about 20 plus models of electric cars are slated to be launched in India and those are really making a buzz in tech-savvy individuals, thereby this industry is already trending in its realms. Starting from ultra-premium Mercedes, Audi, Tesla, BMW brands to homegrown domestic brands such as Mahindra, Maruti, and Tata Motors, all are up in the race to make an impact in this industry which is moving towards zero-emission norms.

Now comes one of the most talked-about technology in the year 2020 – Blockchain.

Originally Blockchain is a growing list of records, called blocks, that are linked using cryptography. Each block refers to the previous block and together make the blockchain. Blockchains are widely used in various places such as –

i) Payment processing and money transfers

Blockchain helps in the establishment of more secure management and storage of digital IDs by providing unified and tamper-proof infrastructure with many benefits. Such digital IDs are even now used by various governments as they are decentralized, thereby eliminating the fear of hack, in case that happens there are always many other copies stored.

Blockchain can also be used as a peer to peer distributed ledger technology that provides a shared, immutable and transparent register of all actions. It is secured using cryptographic primitives such as hash function, digital signature, and encryption, hence blockchains for data sharing will be the trend in the coming time.

Blockchain can also be used as a peer to peer distributed ledger technology that provides a shared, immutable and transparent register of all actions. It is secured using cryptographic primitives such as hash function, digital signature, and encryption, hence blockchains for data sharing will be the trend in the coming time.

Blockchain technology may even become the backbone for a global digital ID system, which would help people worldwide without identification take control of their lives. Apart from that blockchain is slated to transform the banking industry and it comes handy to young entrepreneurs who are keen on doing a start-up.

Well, forget those bitcoins which were in rage during the past few years, as blockchain is the future as blockchain tops among the latest trends in the current time.

Top 10 companies in 2020 for Enterprise Blockchain